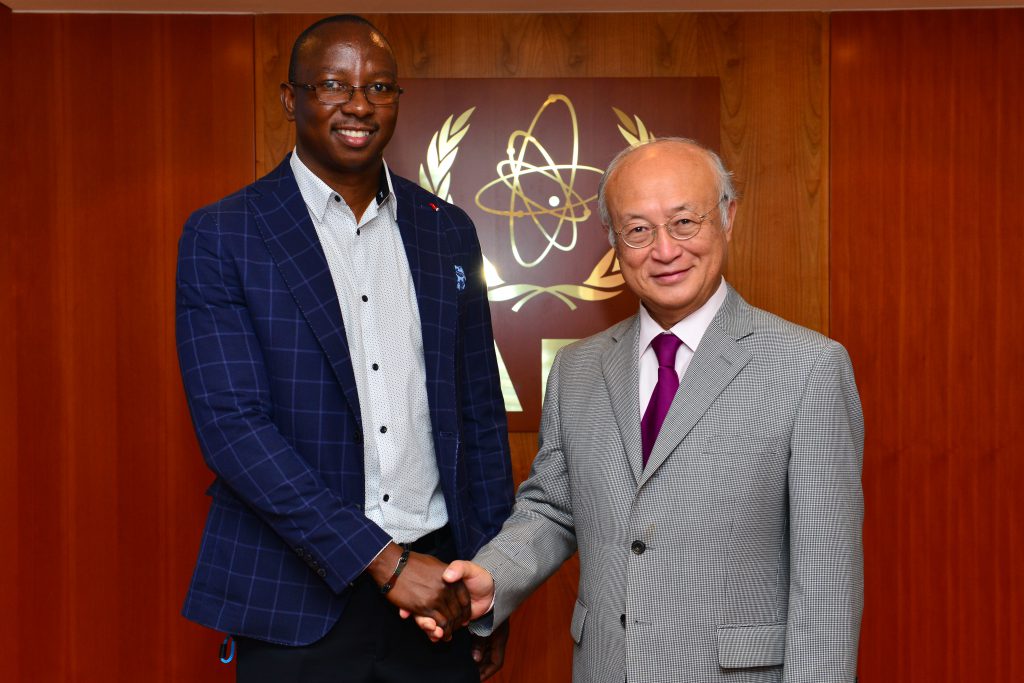 Chief Executive Officer of the Radiation Protection Authority of Zimbabwe, Mr Reward Severa met the Director General of the International Atomic Energy Agency, Mr Yukiya Amano to discuss the cooperation between the Agency and the Government of Zimbabwe particularly in the area of nuclear security. Mr Severa was leading a delegation of national nuclear security stakeholders. The delegation was in Vienna to finalise the project on Development of Sustainable National Nuclear Security Detection Capability.

The project will see the country further strengthening its security at points of entry and exit by introducing instrumentation detection capabilities for nuclear and radioactive materials. The capability will go a long way in dealing with nuclear materials and other radioactive materials out of regulatory control. Zimbabwe, a signatory to the Non-Proliferation of Nuclear Weapons Treaty, the African Nuclear Weapons Free-Zone Treaty (Pelindaba Treaty) and the Ban on the Import into Africa and the Control of Trans boundary Movement and Management of Hazardous Waste into Africa (Bamako Convention) is committed to the peaceful uses of nuclear and radiation technologies and ensuring that such technology is not diverted to non-peaceful uses.

Zimbabwe utilises nuclear and radiation technology in the health sector through diagnostic and interventional radiology, radiotherapy for treatment of cancer, nuclear medicine for diagnosis and treatment; in agriculture through development of new crop varieties which are better yielding, drought resistant and have shorter maturity times, eradication of tsetse flies through use of the sterile insect technique (SIT), diagnosis and treatment of zoonotic diseases, in industry through non-destructive testing, nuclear gauging and automation of manufacturing processes through use of nuclear technologies for data acquisition among many other applications.

Having measures that ensure that materials out of regulatory control can be detected goes a long way in ensuring that the country and society continues to benefit from the technology without denial of use that can result from the employment of the technology for terroristic activities. Zimbabwe is an active member of the Incident and Illicit Trafficking Database run by the International Atomic Energy Agency, a database that compiles data of materials out of regulatory control and aims to minimise such incidences. The success of the current project will go a long way in further enhancing the stewardship of radioactive materials which should run from “cradle to grave”, that is starting from the manufacturing of radioactive materials to their final disposal to ensure the protection of people and the environment against harmful effects of radiation.