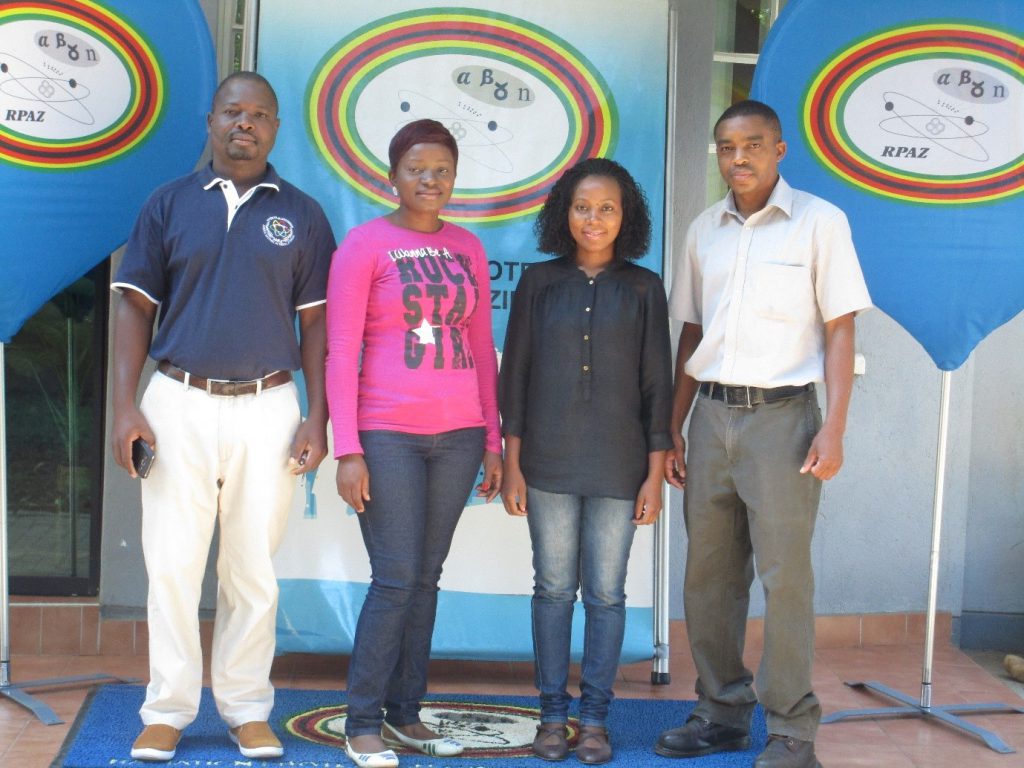 HARARE: The International Atomic Energy Agency [IAEA] has once again shown its confidence in the operations of the Radiation Protection Authority of Zimbabwe [RPAZ] by offering a two- week sponsorship to four fellows from Africa to understudy RPAZ’s Inspectors in an effort to enhance inspection activities in regulatory bodies.

Some of the areas to be covered during the two-week inspections programme include:

As part of the programme, the fellows were taken to a new radiotherapy centre in Harare to learn how inspections of such facilities are conducted. They were also taken to Parirenyatwa Hospital’s Radiotherapy Centre.

Speaking to RPAZ Communications Department during interviews, the fellows expressed gratification towards the IAEA for funding the scientific visit and the Government of Zimbabwe and RPAZ for the immense knowledge that they received during their two-week stint at RPAZ.

Ms Linda K Hamvula who is a Radiation Safety Officer  for the Zambia Radiation Protection Authority said she learnt how to conduct entrance and exit briefings during inspections and inspection of radiotherapy centres among many other areas of inspection.

Mr Mushaukwa Liswani Kabuku who is a Director of Protection Services for the Zambia Radiation Protection Authority said he now has a better understanding and overview of radiotherapy centres and what is expected of an inspector when he goes out to inspect such facilities. He added that he learnt the importance of verification of all necessary documents when conducting inspections.

Mr Orlando Soto who is an Inspector with the Mozambique National Atomic Energy Agency said  he learnt procedures for inspecting medical and industrial facilities and the most interesting part of the programme for him was the visit to a new radiotherapy centre in Harare and the visit to Parirenyatwa hospital.

Ms Adelaide Francisco who is also an Inspector for Mozambique’s National Atomic Energy Agency said she appreciated new knowledge on how to write inspection reports, communication of inspection findings to a facility’s  management and the simulations that were done of entrance and exit meetings.