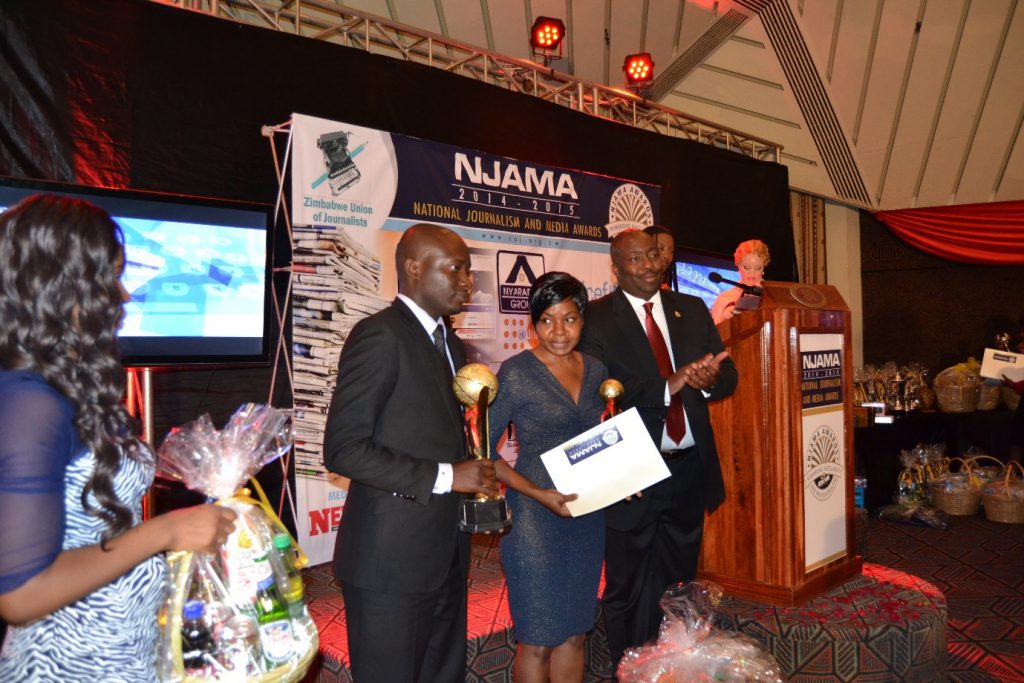 HARARE: It was a hive of activity at a local hotel in Harare last night when journalists, corporate sponsors and well wishers gathered to witness the National Journalistic and Media Awards (NJAMA) ceremony for the 2014-15 period.

The Radiation Protection Authority of Zimbabwe (RPAZ) was a first time sponsor in a new category: Radiation Protection and Cancer Awareness Reporter of the Year. The Zimbabwe Union of Journalists (ZUJ) annual event saw a total of 621 stories up from last year’s 412 story entries from both the electronic and print media. A panel of judges of four seasoned journalists spent three days at a lodge in Nyanga courtesy of a corporate sponsor to conduct the arduous task of going through all entries and coming up with winners in the 19 categories this year, an increase from last year’s 15 categories.

The inaugural Reporter of the Year on Radiation Protection and Cancer Awareness was Ms Phyllis Mbanje of the Standard Newspaper who walked away with $1500, a trophy and a grocery hamper. In an interview, Ms Mbanje said she was humbled by the award and promised to write more stories on the issue of radiation protection and cancer to concientise the public about prevention of cancer, cancer awareness and highlight the advantages of early detection in cancer treatment.

The winner received the award from RPAZ Acting CEO Mr Sindiso Ncube. The Guest of Honour was the Minister of Local Government, Public Works and National Housing, Hon. Saviour Kasukuwere.

A few months ago, RPAZ conducted a workshop for journalists on the role of the media in radiation protection and cancer awareness and also entered into a memorandum of understanding with ZUJ to enhance cooperation between the two parties. RPAZ also unveiled the sponsorship package for Reporter of the Year on Radiation Protection and Cancer Awareness.